‘The proliferation of faddish gadgets reflects the fact that as the mass of commodities becomes increasingly absurd, absurdity itself becomes a commodity. Trinkets such as key chains which come as free bonuses with the purchase of some luxury product, but which end up being traded back and forth as valued collectibles in their own right, reflect a mystical self-abandonment to commodity transcendence. Those who collect the trinkets that have been manufactured for the sole purpose of being collected are accumulating commodity indulgences – glorious tokens of the commodity’s real presence among the faithful. Reified people proudly display the proofs of their intimacy with the commodity. Like the old religious fetishism, with its convulsionary raptures and miraculous cures, the fetishism of commodities generates its own moments of fervent exaltation. All this is useful for only one purpose: producing habitual submission.’

Society of the Spectacle – Guy Debord

I spend every Sunday evening carrying out the same task without fail. I hop on to Ebay and browse numerous pages of collectibles to see what kind of rare finds are available before they are taken off the market. Many sellers of collectibles set up their auctions to run on one week intervals; making Sunday the most likely day to snag a treasure from the watchful eyes of other hungry buyers. Many times I walk away disappointed and empty handed, but occasionally a rarity falls into my possession. It is a game that I have been playing for quite some time, but only recently have I been asking myself ‘why am I doing this?’

On my previous blog post I briefly mentioned the addictive properties that possession can have on a subject. Like any addiction, possession has the capabilities of making a subject blind to their own actions. When we see something that we truly and deeply want to possess, the conflicting questions that run counter to our actions take a backseat to our desires. For example, when I am on Ebay looking for an addition to my collection, I never think – ‘Do I really need this? Will this truly make me happy? What are the consequences financially if I purchase this object?’ Rather, the sole thought running through my brain at that precise moment is ‘if I do not have this object, my life is incomplete.’ However, the cruel consequences that arise by giving into this addictive indulgence are that the subject is never truly satisfied in the end. With any addiction, the longing for that next drink, that next drug, that next object, is always clawing at the subject’s mind. One of anything is never good enough; and so the cycle continues.

I have been reflecting on my thesis installation with regards to the addictive properties of possession; primarily from the viewpoint of a collector. As is stated within the passage by Guy Debord above, there certainly is a desire to showcase proof of my intimacy with the objects. However, there is also a cautious reluctance to do so. Within my first enclosure, I will be displaying all of my treasures to the viewer; however, a consistent barricade around the enclosure will prevent the viewer from ever gaining possessional access to the objects. Viewers will be able to look, but never touch. This rather narcissistic approach epitomizes the mentality of a collector. To proudly display to others what you have, and what they do not.

The second enclosure is my attempt to break from the cycle of possession; to give myself a temporary intervention from the grips of my treasures; to showcase the objects for what they really are; systematically breaking down each object into their bare material essence. Each object, now stripped of their hierarchal value structures that were placed upon them by the subject, i.e. me, are then organized within glass test tubes to then be put on display for the viewer outside of the enclosures. However, similar to the first enclosure displaying my possessions, the second enclosure will be barricaded as well; prohibiting the viewer from entering or taking part in this cathartic endeavor.

Now one may think that the objects, now destroyed, removed from the enclosures, and put on display for the viewer, would call forth an end to the cycle of possession. However, this is far from the case. Despite destroying my treasures; despite allowing them to be removed from the confides of my grasp, am I truly letting them go in the end? The answer is simply – no. If anything, I am only perpetuating the cycle of possession to continue. Even though I took the liberty of destroying said objects, placing the remnants within glass test tubes for the viewer, the test tubes themselves are an enclosure as well; an enclosure that I have solely dictated to hold the remnants of my treasures after being destroyed. Though visually the test tubes are much different to the larger-scale enclosures housing everything else, they are still an active barrier preventing the viewer from accessing the objects. During no point throughout my entire installation do I truly ever relinquish possession over anything, despite the object’s physicality changing throughout. This attempt to fully remove myself from my treasures is all but a façade; a false hope that is never successfully reached. And so the cycle of possession continues yet again; the cycle of never letting go. 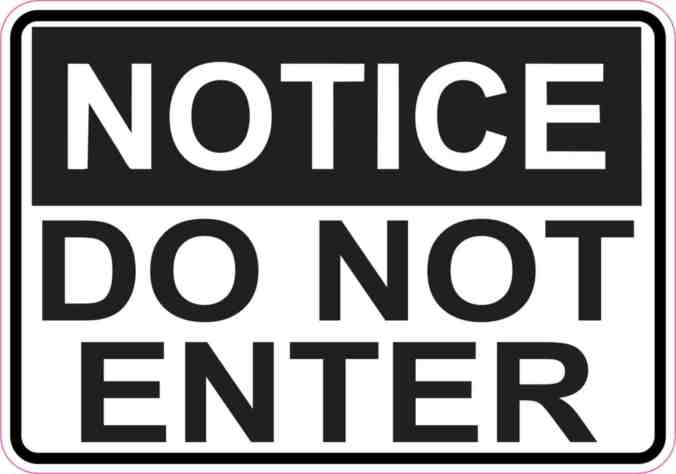