Hello all and welcome back to a brand new semester; full of excitement and anxiety. I have not posted on my blog for probably a couple months, so I thought I would take this time to go over what I am working on and research that I have been digging through.

For those of you who had kept up with my blog posts throughout last summer, you know that I had spent a majority of it constructing sculptures within a storage locker back in my home town. You may also know that when the time came for me to leave my temporary studio at summer’s end, I had to dispose of the five sculptures I had created due to a lack of space back home. Obviously at the time I was a little torn by the thought of having to throw away my work, but I did find a “solution” to the scenario. I ended up taking a small sample from every piece of junk that I had gathered throughout the summer, over 600 samples in total, and cataloging the samples into an organized system using codes.

However, something really stuck out in the back of my mind during this whole process. The surprising result from this procedure was that, once I took a sample from a piece of junk, I did not feel disheartened about throwing away that actual object the sample came from. To me, the sample was essentially taking the place of the object, so I did not feel sad; I still possessed “the object” to some extent. With this reaction being rather confusing to me, I began researching the act of possession within behavioral economics. What I found were two hypothesis that brought to light why I felt the way I did: Loss Aversion and the Endowment Effect.

Loss Aversion refers to a person’s tendency to prefer avoiding losses than to acquiring equivalent gains.  Basically what it means is that when we are faced with a scenario that has both a negative and positive outcome of equal weight, we view the negative outcome with twice as much intensity than the positive. Individuals who are more susceptible to having higher perceptions of Loss Aversion, such as Hoarders, face this pro/con dilemma with every object that they acquire. Those who hoard objects view the process of acquisition as more of a responsibility than anything else. If they do not hold on to these possessions, essentially “saving” the objects from being thrown away, then no one will. What ends up happening is that they view the prospect of losing an object with more intensity than someone who does not hoard; inevitably holding on to the objects without realizing that it is impacting their life in a negative manner. The (pro) is holding on to the object, the (con) is throwing it away. Does this sound familiar to my own dilemma I faced when it came time to throw away my sculptures?

Endowment Effect is the hypothesis that people ascribe more value to things merely because they own them. Think about some of the possessions you own, lets say your phone. If you were given the choice of keeping your phone or receiving someone else’s phone instead, both of which being completely identical make and model of phone, which option would choose? Chances are you would want to keep your own phone because you own it and it is yours. Despite your phone being completely identical to hundreds of thousands of others out there, you view yours with a greater sense of preciousness. This is the Endowment Effect.

Each and every object that we posses is imbued with experiences/potential experiences by us. When faced with the phone scenario, we are not simply thinking about the actual physical object: the phone. Rather, we are also focusing on the experiences we have had with the phone; calls with friends, pictures taken, shit battery, etc. All of these experiences are unique to the individual,  and the value of them far outweigh the physical object itself. Due to this, we would rather hold on to our phone than trade it for an identical copy.

Loss Aversion and the Endowment Effect go hand in hand. They are the main reasons why we sometimes have trouble throwing away our possessions; even if said object is broken or damaged. We fear, not only the loss of the object itself, but the experiences that we tie to it as well. To us, discarding the object is equal to discarding a piece of our self. 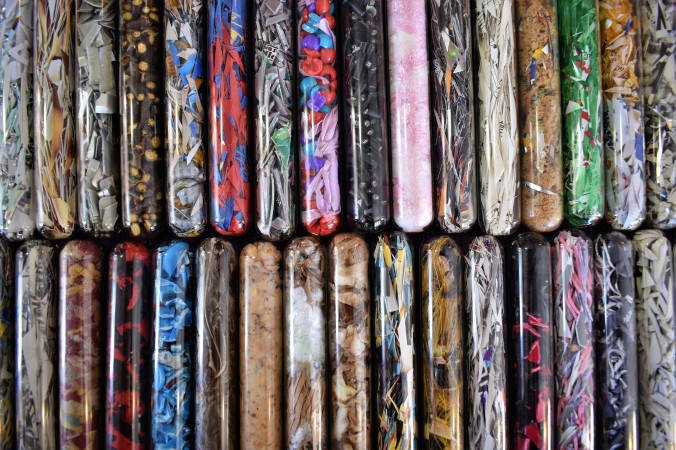 Fragments of my possessions